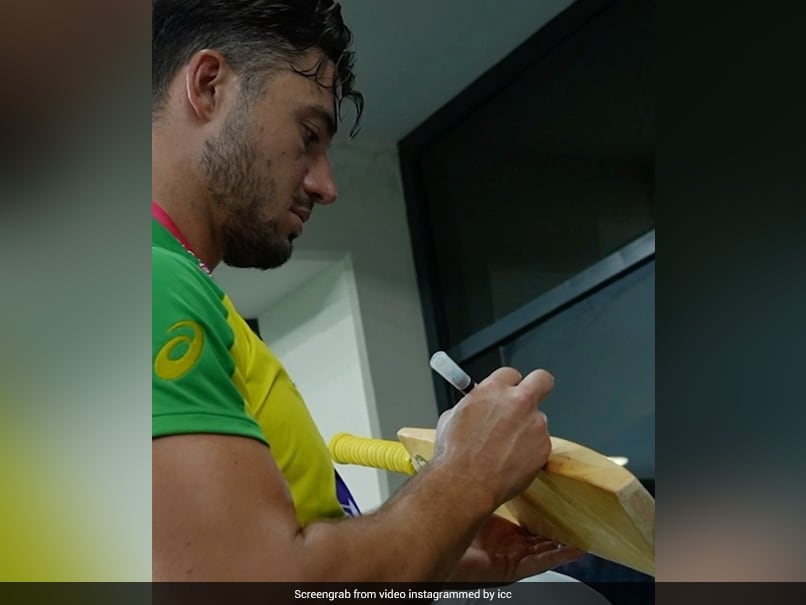 Australia ended their long wait for a T20 World Cup title as they beat New Zealand in the final in Dubai on Sunday. Chasing a target of 173 runs vs New Zealand in the summit clash, Australia’s Mitchell Marsh and David Warner played superlative knocks to get their team home. Following Australia’s win, the ICC shared a video of Marcus Stoinis signing autographs for fans. England pacer Stuart Broad left a cryptic comment on the video, writing, “Covid bubble looks strong”. ICC had lauded Stoinis’ gesture and captioned the post as “Respect @marcusstoinis.”

In the match on Sunday, Warner scored 53 runs while Marsh remained unbeaten on 77 as Australia chased down the tricky target without much fuss.

Marsh who batted at No.3 was the player of the match in the final while Warner was adjudged as player of the T20 World Cup for his sensational batting in the tournament. The left-hander scored 289 runs in 7 innings at the concluded marquee event.

Meanwhile, Broad, who is England’s all-time second highest wicket-taker, is currently in Australia with the English team that will take on Australia in the Ashes series.

The epic rivalry between England and Australia will resume from December 8 at The Gabba, Brisbane.

A few of the Ashes-bound England players including Broad, skipper Joe Root, and all-rounder Ben Stokes are currently under 14-day isolation in Australia before the start of training session.

However, Australia have not announced their squad for the series as Cricket Australia (CA) has earlier confirmed that selection will be done on basis of an internal hit-out similar to the trial held before the 2019 Ashes series in the United Kingdom.