The updated 2022 Suzuki Katana has made its global debut at the EICMA 2021 and it looks even more sharper to look at, while it has received a comprehensive mechanical upgrade as well. 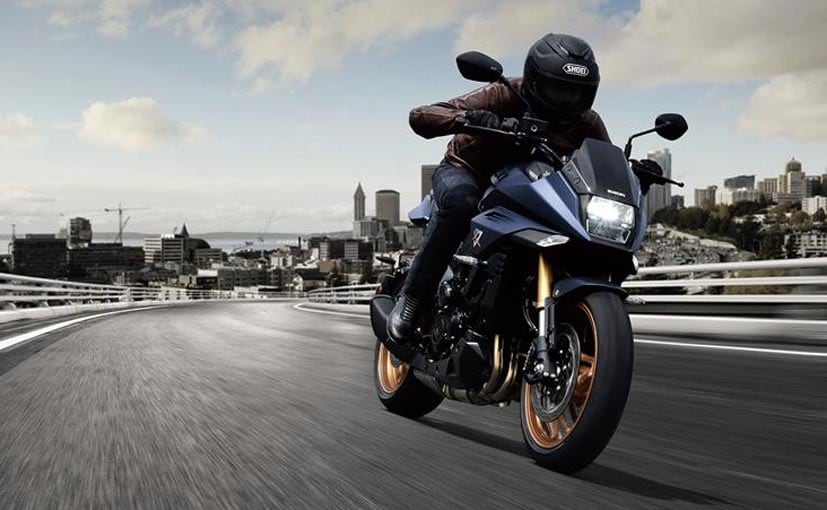 The Suzuki Katana is an iconic nameplate and has always been one of enthusiasts’ favourites. The updated 2022 Suzuki Katana has made its global debut at the EICMA 2021 and it looks even more sharper to look at. It is based on the new Suzuki GSX-S1000 platform and the 999 cc four-cylinder engine is tuned to put out 150 bhp at 11,000 rpm which is up by around 2 bhp than the outgoing motorcycle. Then, Suzuki has also added the Suzuki Drive Mode Selector system, with three selectable engine maps and while all three modes deliver the same power output, initial throttle response and sharpness in the delivery vary. The Japanese brand also says that the motor has been tuned to deliver a broader spread of torque across the rev band, courtesy new intake and exhaust camshaft, new valve springs, new exhaust, and a new airbox. And this is in-turn coupled with a new ride-by-wire throttle. Moreover, there is a bi-directional quick shifter and five modes of traction control to choose from, while traction control can also be turned off. The new Katana is also equipped with a new Suzuki Clutch Assist System and is accompanied by a slipper clutch. Completing the electronics package is Suzuki’s easy start system and low RPM assist, which controls the revs depending on the clutch operation in a bid to avoid stalling at slow speed and offer better control.

Also Read: Planning To Buy The Suzuki Hayabusa? Here Are The Pros And Cons 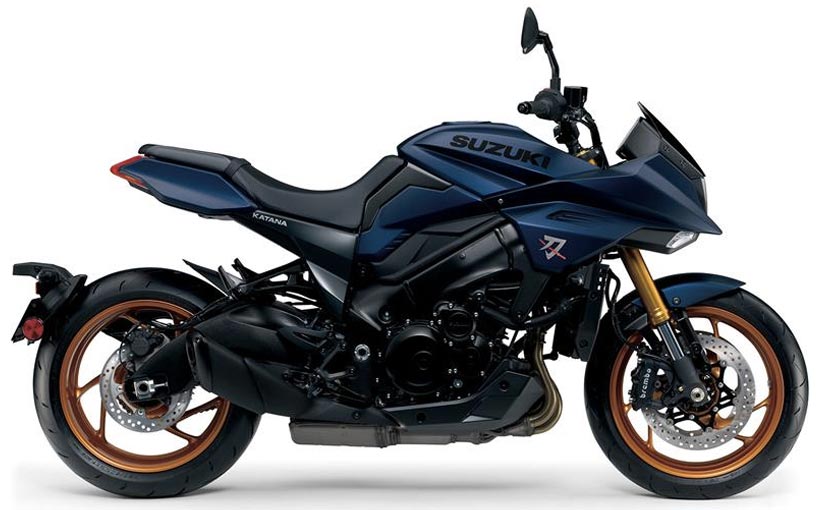 That said, this is still a comprehensive update and not a new-gen model so there are quite a few similarities as well. For instance, the lightweight, twin-spar aluminium frame remains unchanged. The GSX-R-derived swingarm, with fully-adjustable KYB front forks and a preload and rebound damping adjustable rear shock are also things we have seen before. It also gets Brembo monobloc calipers that bite the 310 mm front discs, Those disc are mounted to six-spoke, cast aluminium wheels shod with Dunlop Sportmax Roadsport2 tyres that are custom engineered for Suzuki’s GSX-S platform. The design of the 2022 Suzuki Katana has been tweaked but it’s still inspired by the original Katana from the 1980s. It is now finished in a dark matt blue, complemented by gold forks and wheels, while the dark grey colour is offered with red wheels. Also, there’s a revised dash that gets a new red night mode.