World Cup 2022 qualification: Who will be in Qatar and who is in play-offs?


England have qualified for the 2022 World Cup finals while Wales and Scotland are heading to the play-offs along with some surprising names.

European champions Italy and Portugal will also have to go through two rounds of play-off games next March after failing to win their respective groups.

The Netherlands, Norway and Turkey are the three teams left who can still qualify automatically.

The winners of each group secure a place at the World Cup, with the 10 runners-up joining two Nations League teams in the play-offs, where three further places are up for grabs. 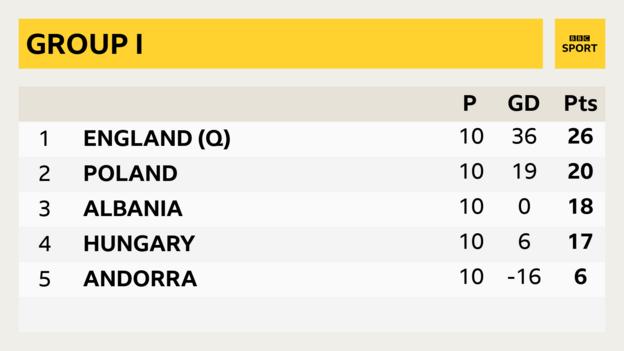 England ensured top spot and qualified in style by thrashing San Marino 10-0 in their final Group I game.

Poland’s win in Andorra meant they still had a chance going into the final round of matches but they have to settle for a play-off spot, with their 2-1 defeat to Hungary academic after England’s win. 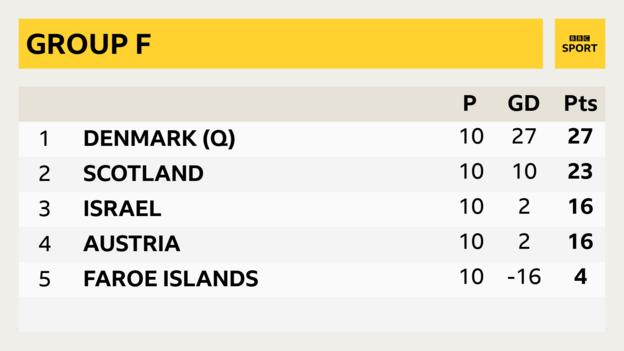 Scotland secured a play-off place by beating Moldova 2-0 on Friday then produced a superb 2-0 win against previously flawless Denmark to ensure they have a home draw for the play-offs next March.

World number one side Belgium sealed their progression to next year’s tournament courtesy of a 3-1 victory over Estonia.

Wales had already secured their play-off spot on Thursday without playing after winning their Nations League group and Spain finishing top of Group B.

Robert Page’s side moved up to second in their group following a convincing 5-1 win over Belarus and they round off their campaign by hosting Belgium on Tuesday.

A draw against Belgium would be enough to secure second spot and give Wales a chance of a home draw in the play-offs. 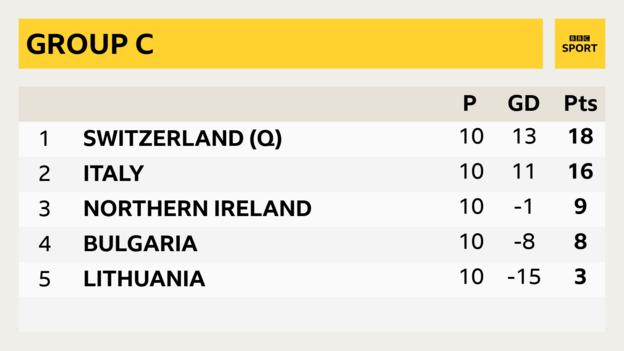 Northern Ireland are out of contention for Qatar 2022 but that didn’t stop them from causing an upset as they held European champions Italy to a goalless draw – a result that means Roberto Mancini’s men are heading to the play-offs.

Switzerland thrashed Bulgaria 4-0 to snatch top spot in the final round of games. 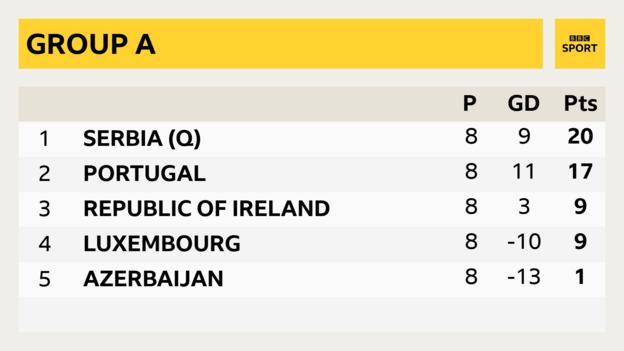 Serbia went through automatically as Group A winners following a dramatic, last-gasp win in Portugal, with Aleksandr Mitrovic scoring a last-minute winner in a 2-1 victory.

It sent them to Qatar and Portugal to the play-offs as group runners-up.

The Republic of Ireland finished third in the group after beating Luxembourg 3-0 in their final game. 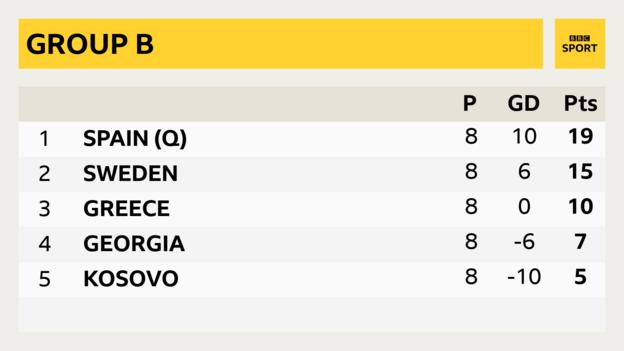 Just as in Group A, it took a late goal in a game between the top two to finally settle Group B.

Alvaro Morata scored it for Spain to give them a 1-0 win over Sweden and book their place in Qatar.

Like Portugal, Sweden will have to rally themselves for the play-offs.

France needed victory to qualify for the World Cup and got it in style with an 8-0 thrashing of Kazakhstan, Kylian Mbappe scoring a first-half hat-trick for Les Bleus before adding a fourth late on.

Finland moved up into second placed and are on course for a play-off spot following a 3-1 win in Bosnia-Herzegovina, who are now out of contention.

The Finns host France in their final group game, with third-placed Ukraine up against Bosnia-Herzegovina. 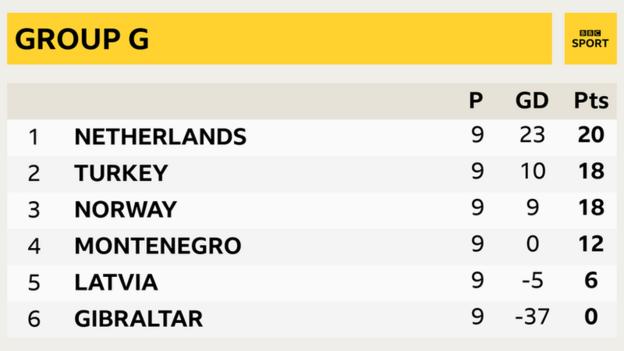 It is going to be a tense finish in this group, which is still wide open following late drama.

Norway were held to a surprise goalless draw at home to Latvia meaning the Netherlands would have progressed if they defeated Montenegro.

They went 2-0 up in Podgorica but were stunned by two goals in the last eight minutes from the home side to claim a point.

It allowed Turkey to move up to second with a 6-0 thrashing of Gibraltar and they will guarantee a top-two finish if they beat Montenegro in their last group game on Tuesday.

The Netherlands and Norway meet on the same day with the winning team sealing a top-two finish, although we wait to find out in which order. 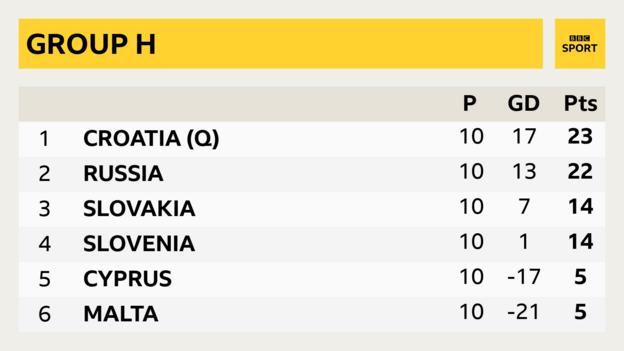 Russia looked on course to win the group but an own goal with nine minutes to go in their final game against Croatia sent their opponents, who reached the World Cup final in 2018, to Qatar.

Russia must make do with a place in the play-offs. 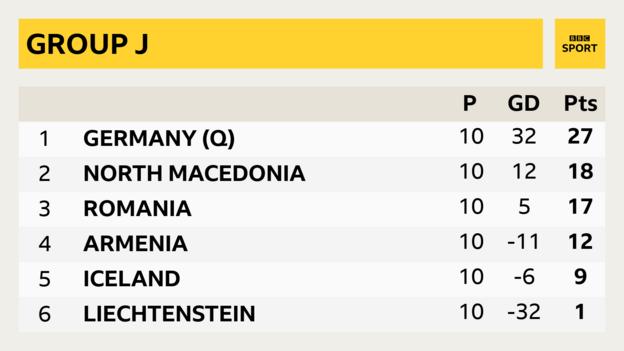 Germany had already qualified as group winners with two games to spare and rounded off their qualifying campaign with a 4-1 win away to Armenia on Sunday.

North Macedonia secured a place in the play-offs after beating Iceland 3-1 at home on Sunday.

Romania, who had started second before this week’s final round of qualifying matches, rounded off their campaign with a 2-0 win away to Liechtenstein.

They dropped to third after they drew 0-0 at home to Iceland and North Macedonia won 5-0 away at Armenia on Thursday.